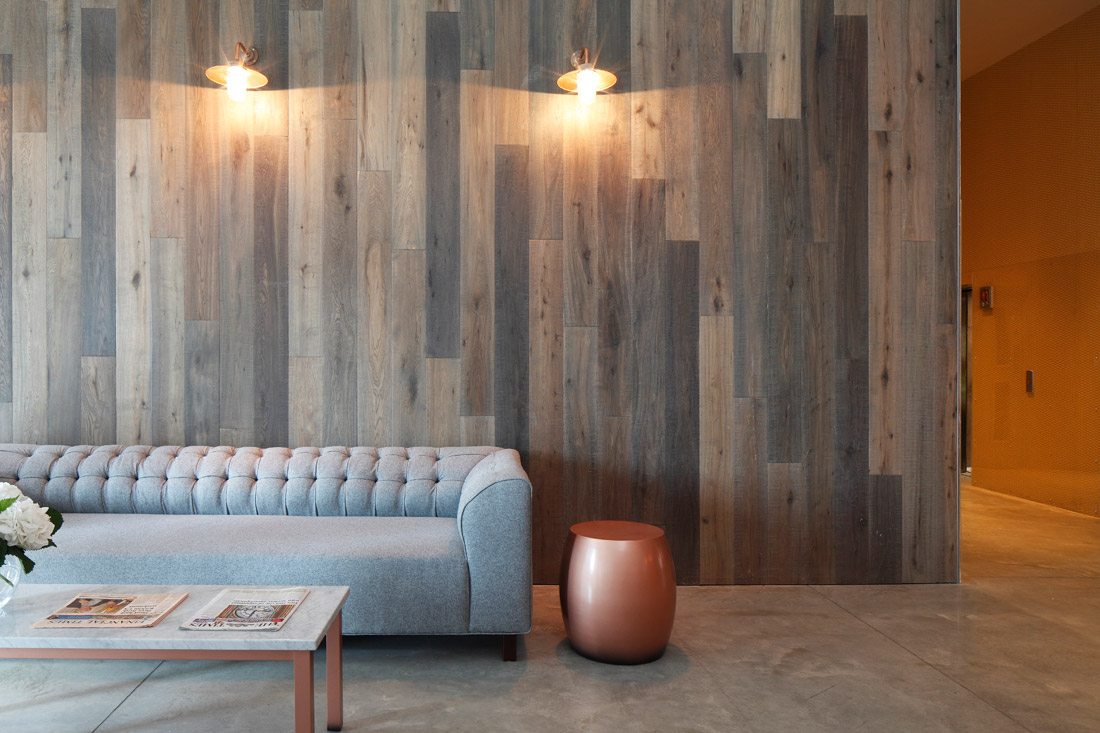 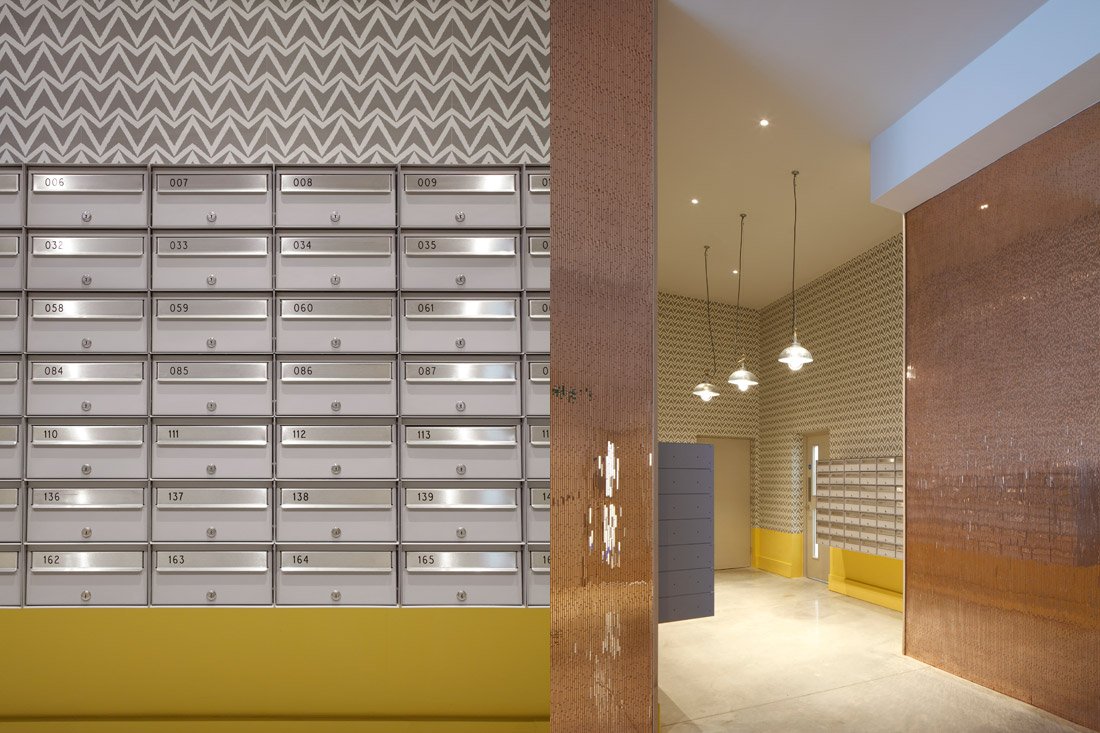 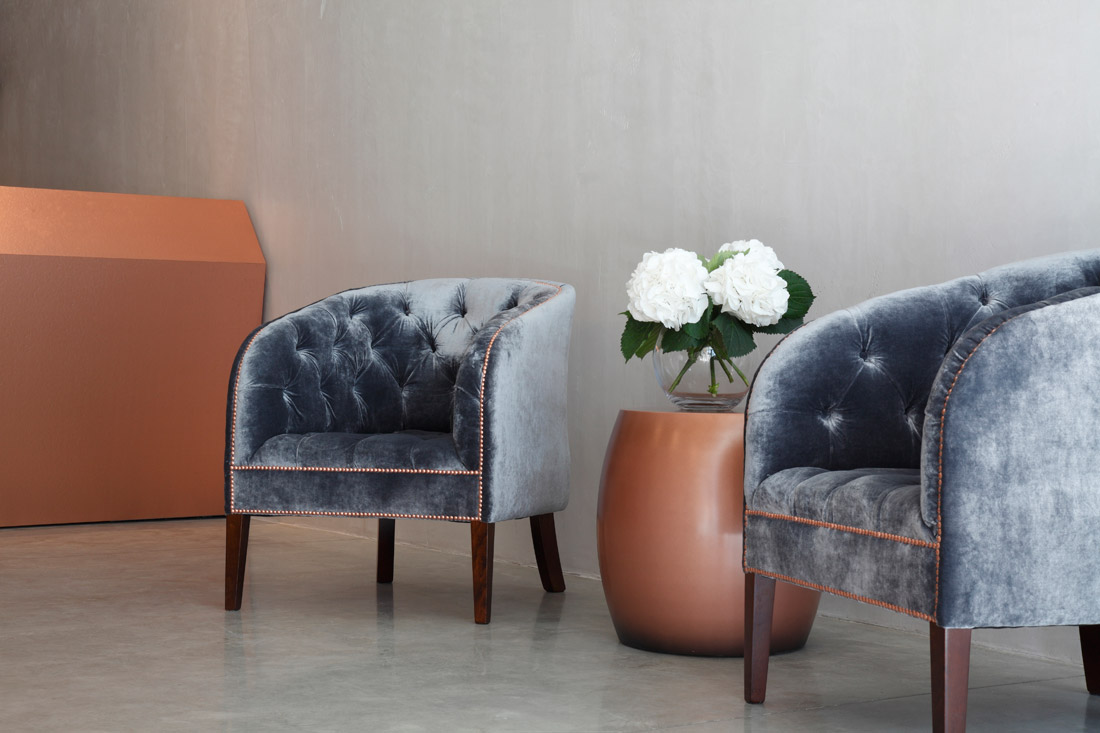 Chapman Architects have undertaken a major refurbishment project throughout all of the common parts of a 26 Storey residential tower block in Stratford east London close to the Queen Elizabeth Olympic Park.
The project involved a complete rationalisation of the existing entrance, circulation and ancillary areas which has significantly improved their functionality and created a very attractive letting proposition for high capital developers Long Harbour, who own the building.
Chapman Architects were able to successfully deliver this complex scheme within a very tight programme, Phase 1 of which was completed in June 2014 allowing the building to be 70% pre-let even before completion.We worked closely with interior designer Jess Lavers Design in order to meet the Client’s aesthetic aspirations for the entrance areas,  which were tailored to attract their specified rental demographic.

The project included under taking due-diligence auditing of the common parts and several of the penthouse apartments in order to formulate the brief for the works.  Due to the complex nature of the alterations, several planning NMA applications were required for both the interior and exterior for which Chapman Architects built up a successful working relationship with the local planning authority, the London Legacy Development Corporation.