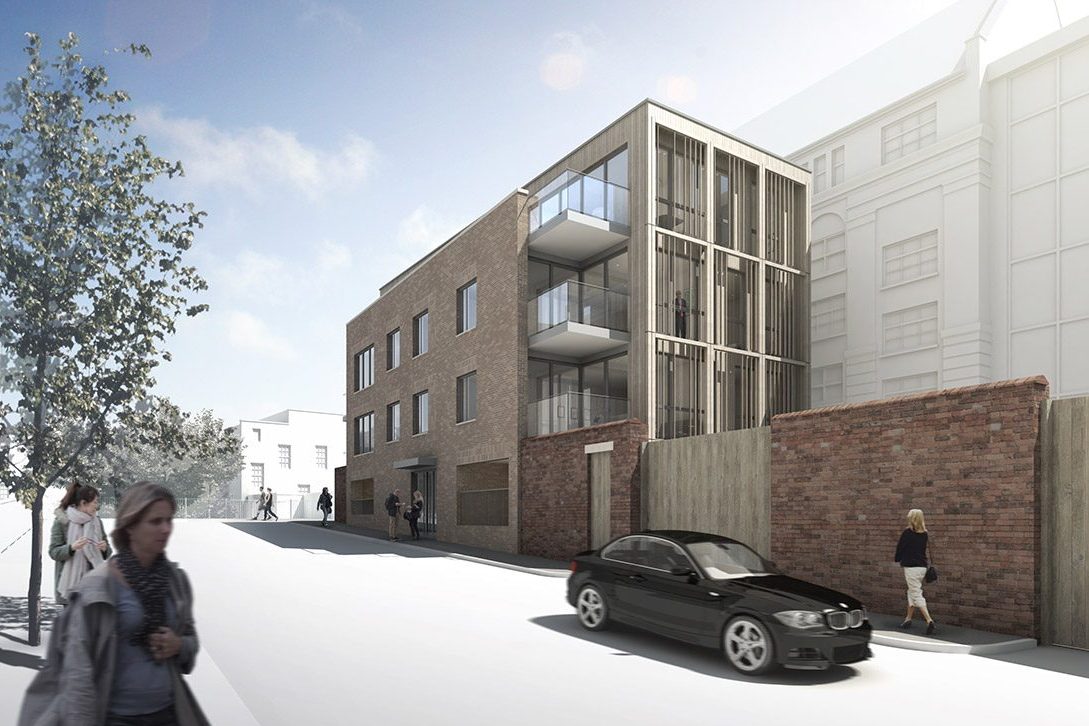 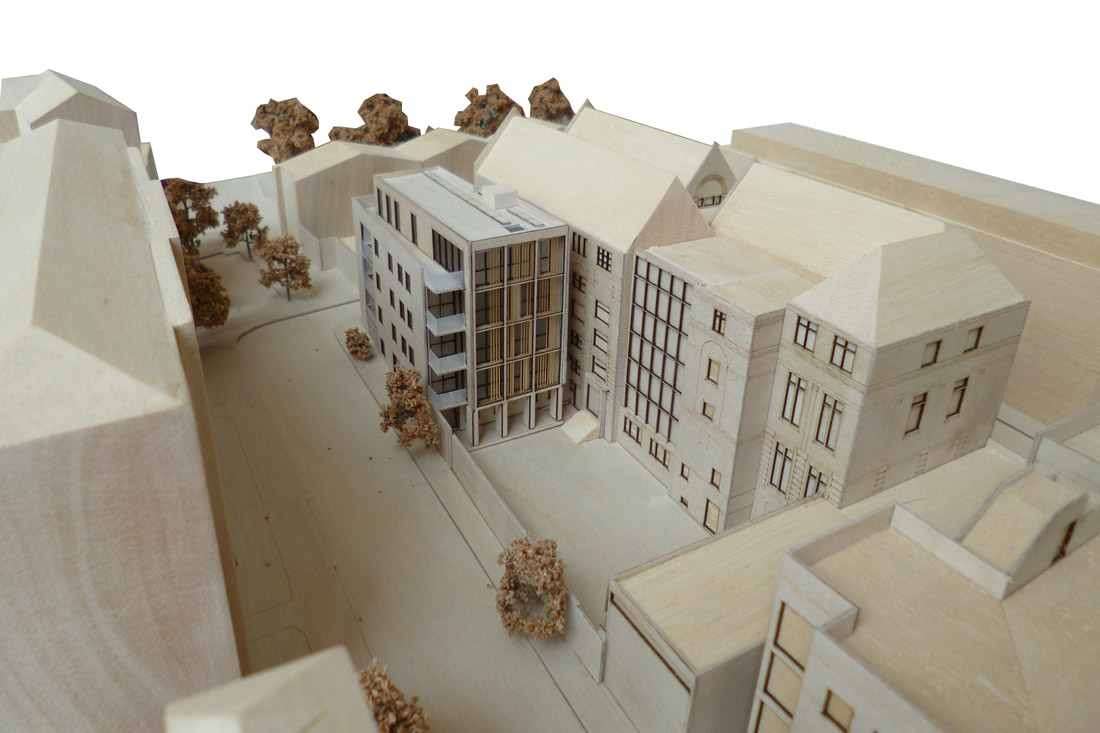 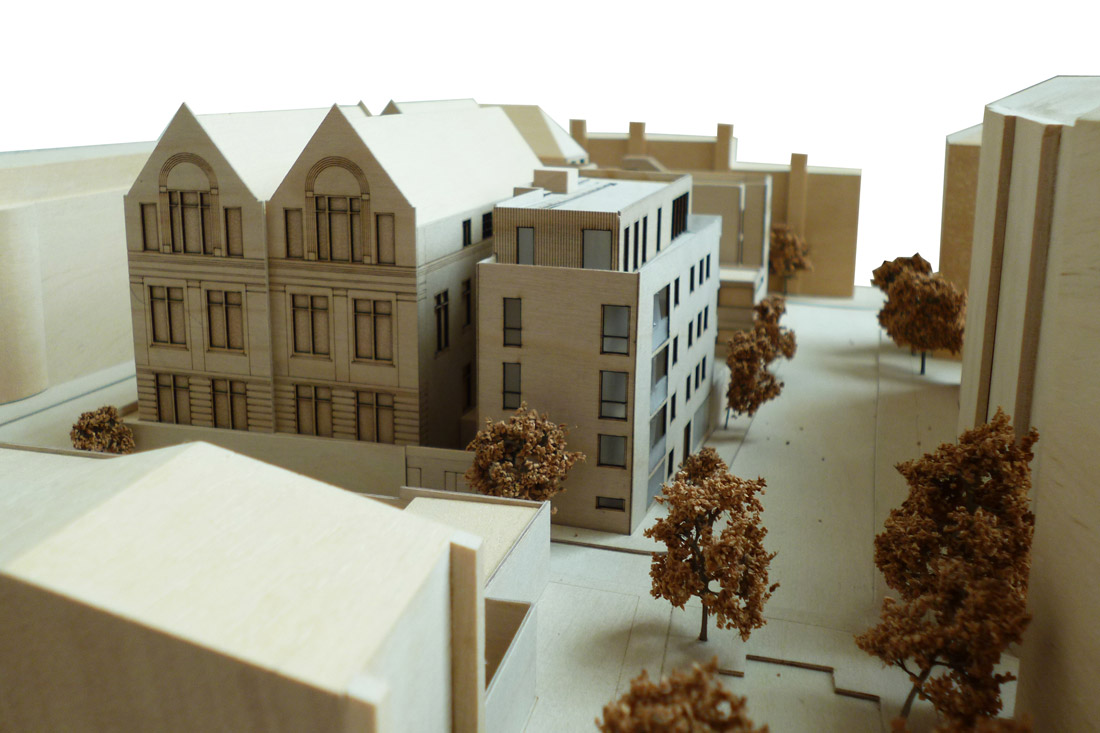 The project entails a proposed residential development on the land to the rear of no. 1 Naoroji Street. This includes the demoliton of existing ancillary outbuildings to the rear of Insurance House and the construction of a new high quality apartment building that will provide 7 apartments on the corner of Fernsbury Street and St Helena Street. The proposed development site occupies part of a larger site of a converted Victorian school building to the south of the Lloyd Baker Estate and the east of the Margery Street Estate, bounded by St Helena Street, Fernsbury Street and was included within the New River Conservation Area in 2005.

The main building – Insurance House who’s entrance is at 1 Naoroji Street, was successfully refurbished in 2011 with design by Chapman Architects and Designers, completed to a high standard. In 2012 the refurbishment works won a British Council for Offices Regional Award.

The proposals for residential accommodation are the second phase to the investment programme to improve the relatively under used areas on the Fernsbury Street side of the site, proposing 7 units.

The building’s concept is simply expressed through two bold interconnecting forms; the extension of the school’s perimeter wall and a taller, timber clad block inserted to mirror the scale, proportion and elegance of the atrium glazing of Insurance House.
The new brick wall that extends to form the enclosing south elevation on Fernsbury Street will be constructed from new London stock bricks. This will reflect the predominant use of London Stocks in the area and will knit the building to the existing perimeter wall, withthe use of new bricks distinguishing it from the existing.