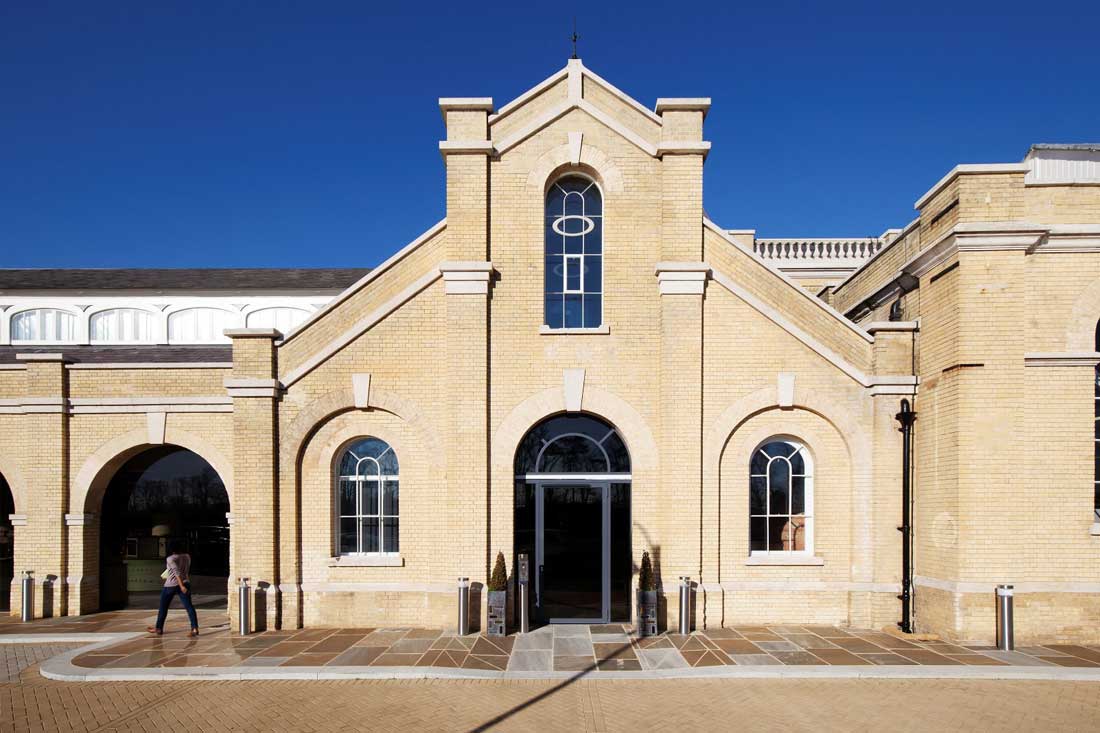 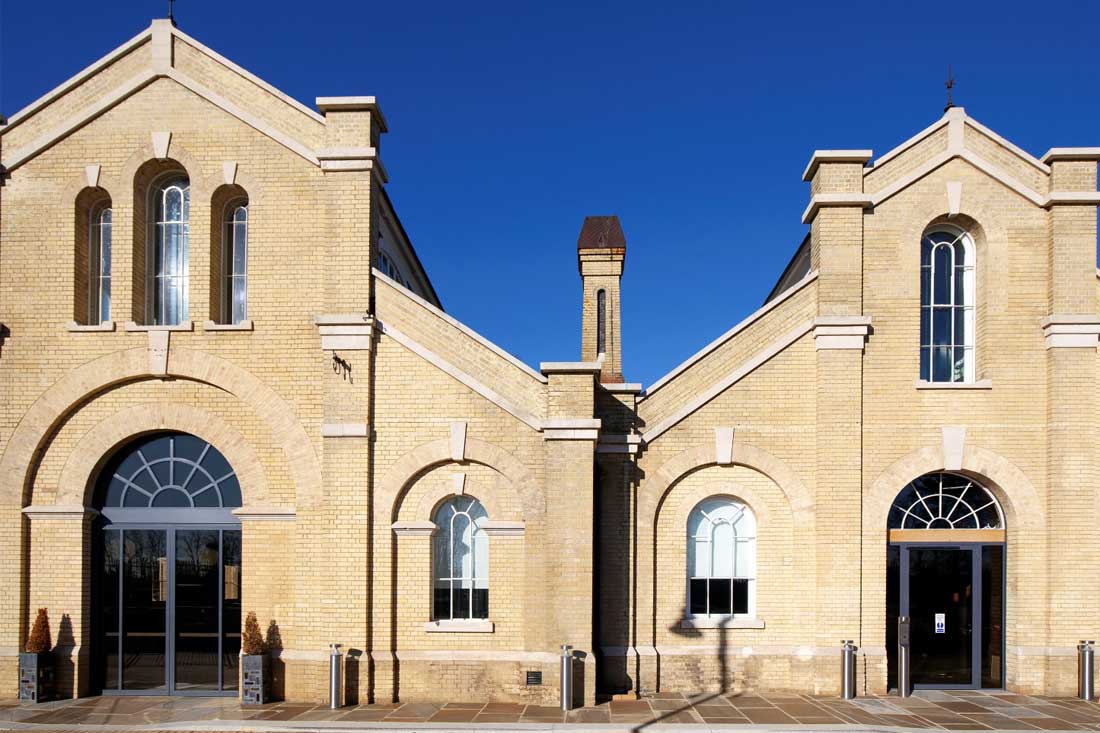 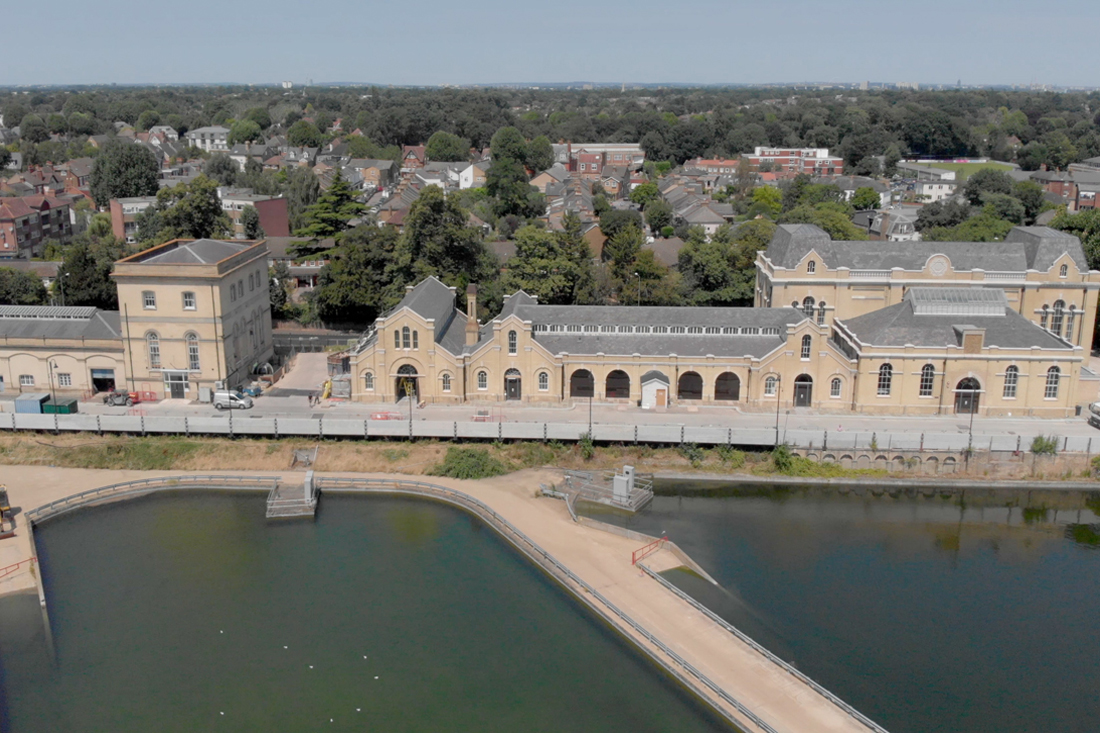 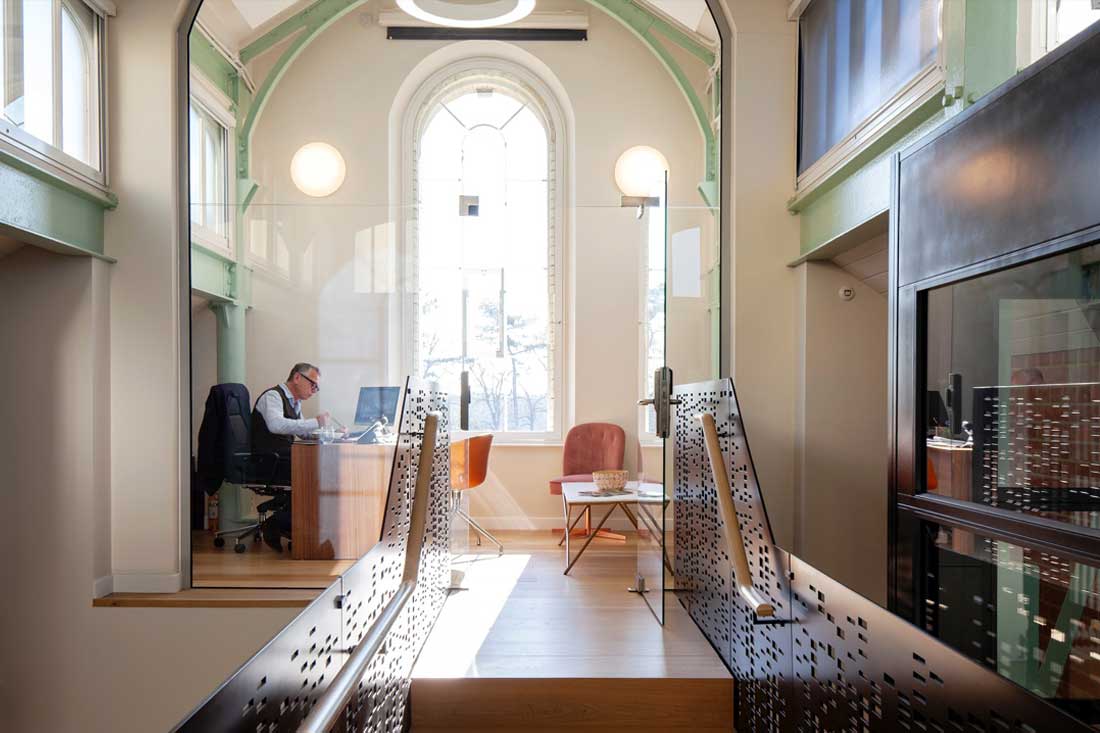 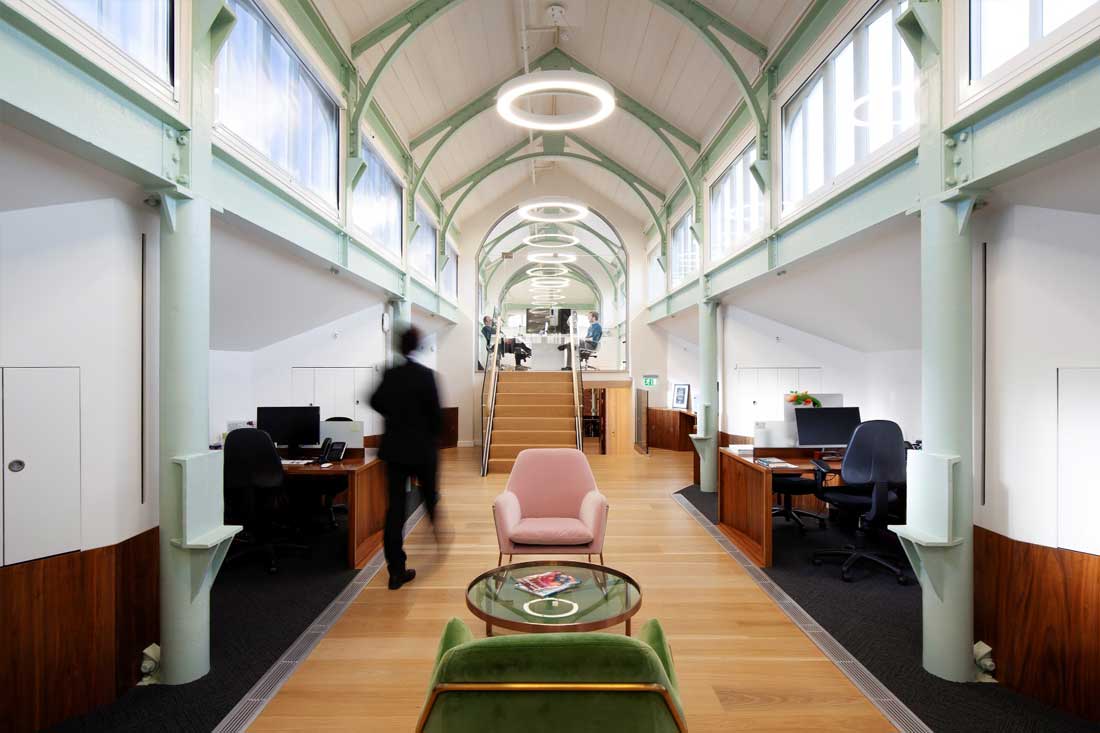 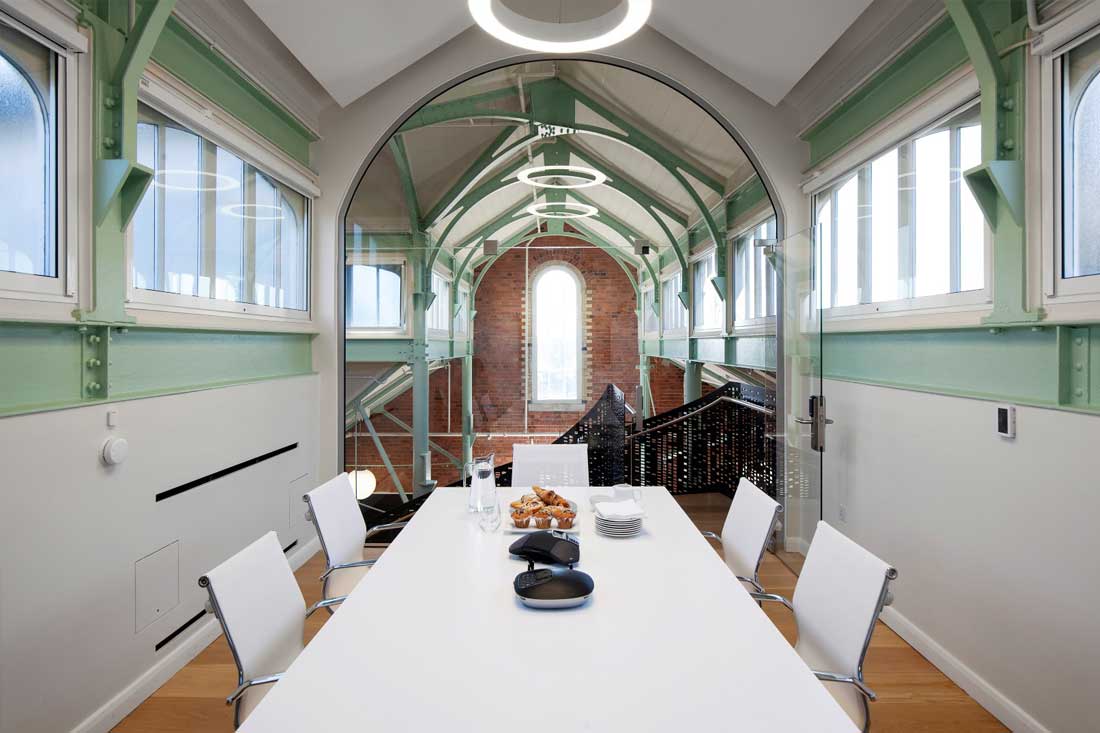 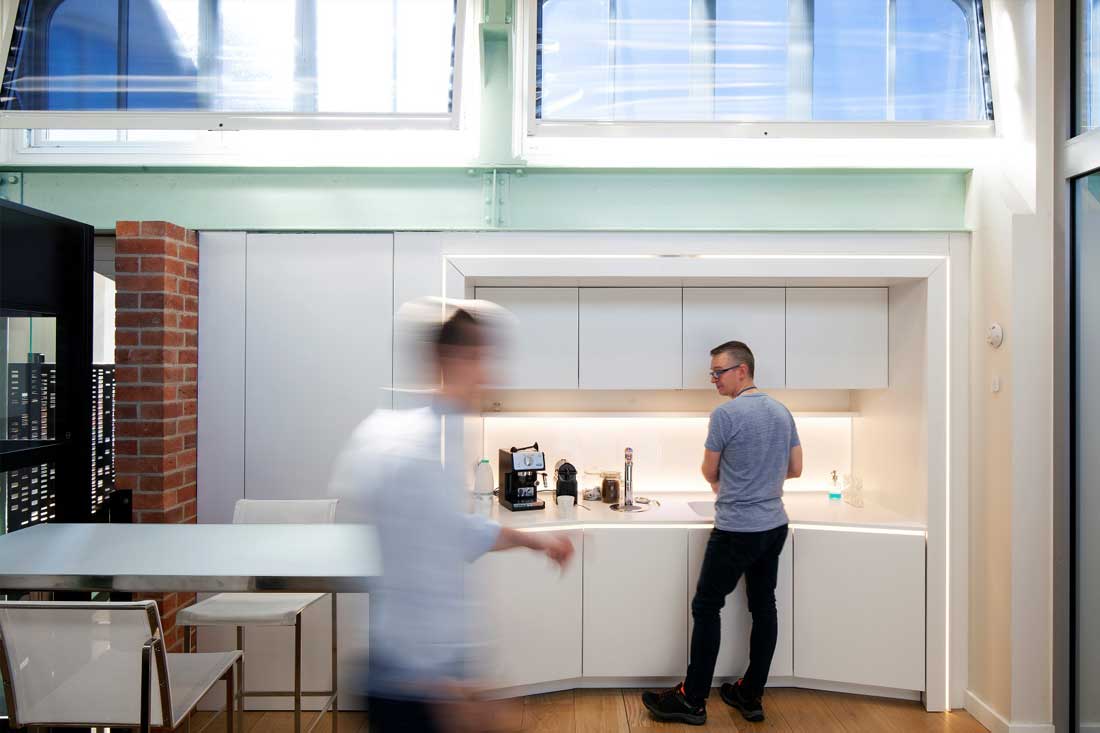 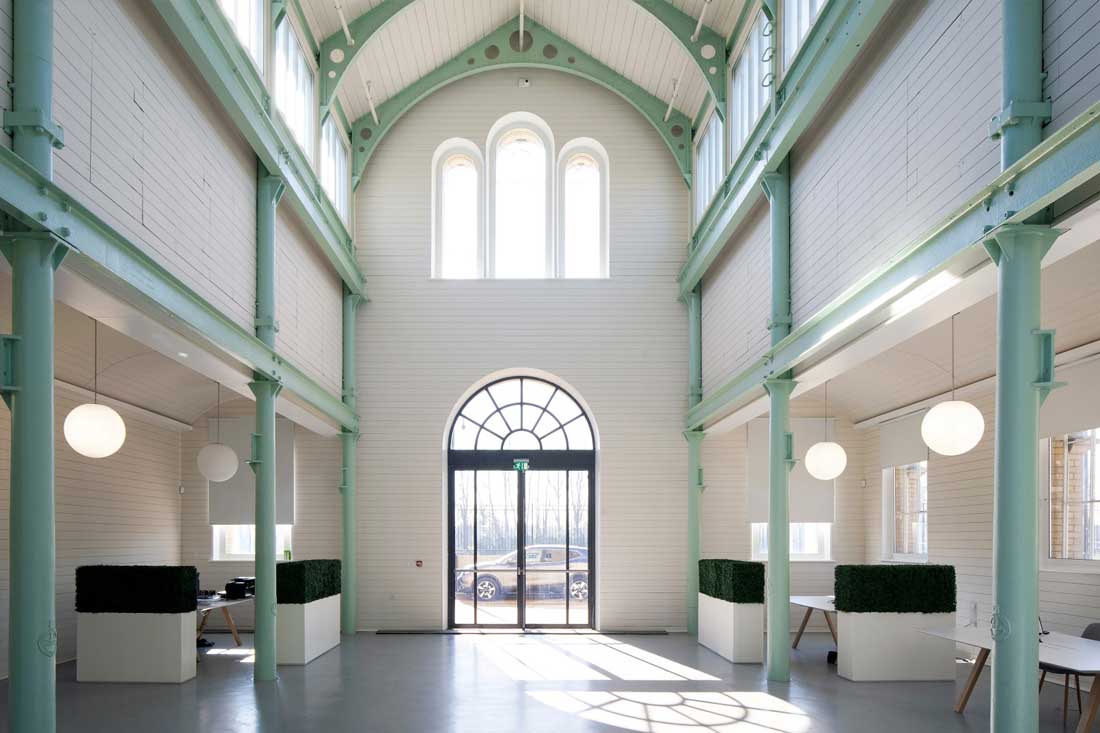 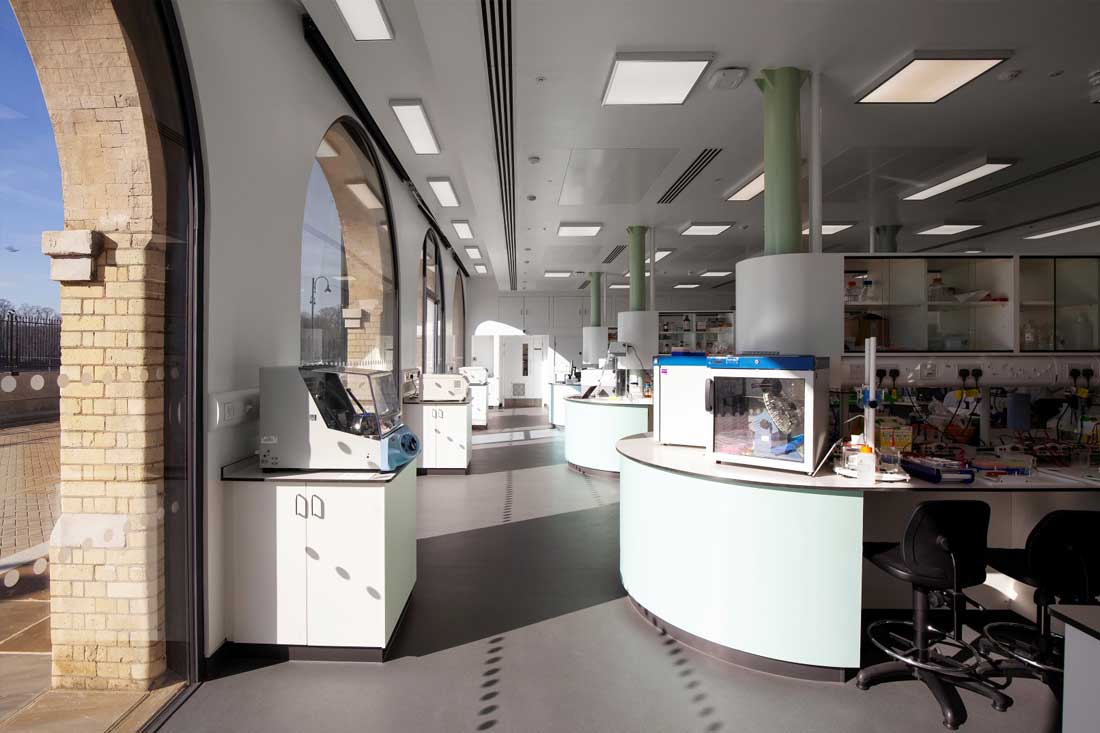 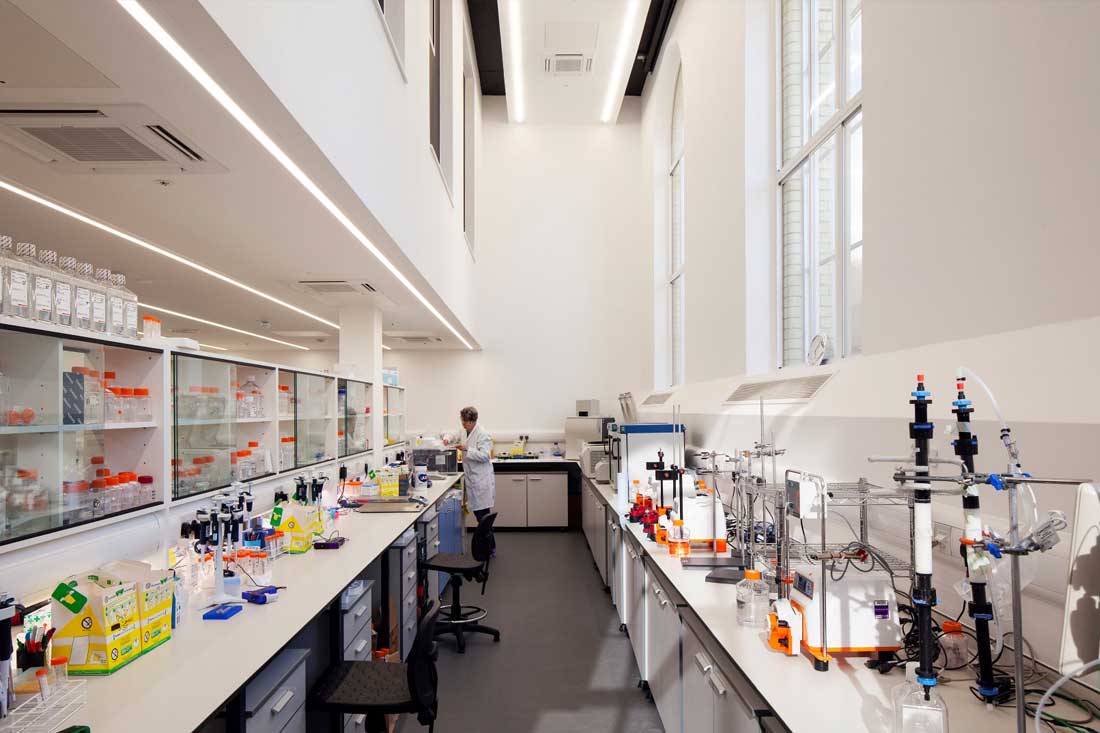 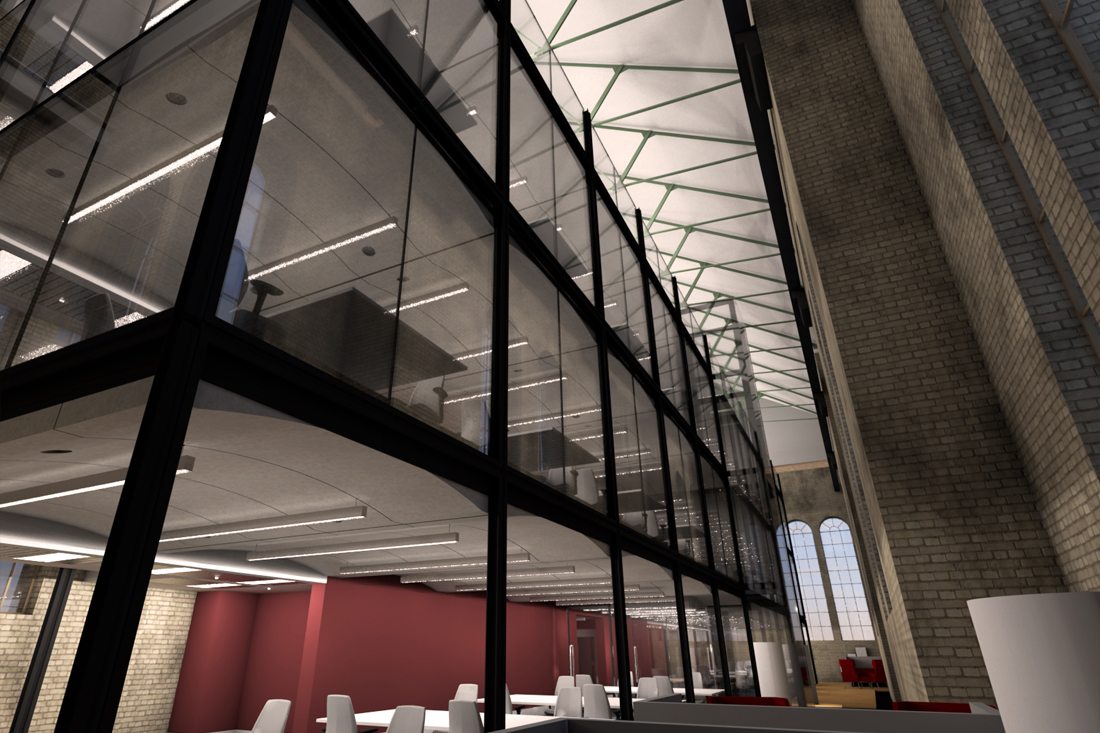 Hampton Water Works was built in 1852 by Joseph Quick to extract water away from London’s heavily polluted river. By 1900 the enormous Riverdale Engine House was supplying a vast proportion of the daily water supply to London. Its demise came about with the introduction of diesel and in the 1950’s the vast chimneys were removed, sadly just before the site was grade 11 listed.

In 2012 our client rescued the site in disrepair, passionately believing the vast buildings could be restored and convinced that the amazing spaces would benefit start-up biotechnology businesses, involved in ground-breaking research work. Science is not typically classified as a creative industry, and often not enough consideration is given to the environment that helps inspire creative thought. Creativity was central to the restoration of Riverdale, a place to attract great thinkers and develop ground-breaking ideas.

Chapman Architects were introduced to the project to revisit an existing concept design, and to redesign the building, based on the needs of the end user.

It was important to understand the original building and its original use to get the best out of the unique spaces. The restoration started on site in 2016, initially with extensive work to the slate-covered roofs. They were supported by original iron and steel trusses, which were highly innovative at the time of their design and they now contribute to the character of the interiors.

A significant part of the redesign was to site a central laboratory and an array of task specific rooms to support it. We utilised the ground floor of the Arcade Building, which was originally used to store coal, to produce a suite of rooms over two floors to include an open plan ‘studio-style’ laboratory space, offices, and a two-storey reception area.  By removing the existing roller shutters, we were able to glaze the existing arches offering the new spaces significant light throughout. The glazing in these areas is set-back to look like a ‘dark space’, a reference to the original elevation.

The dramatic Workshop Building has been thermally upgraded and is used as an open-plan conference space. The roof is traditionally supported by arrays of cast iron columns leading to a distinctly church-like nave, further emphasised by the tall mullioned windows. The final phase was to redesign the Boiler House and deliver further laboratory spaces supplementing a mezzanine suite of ISO 7 cleanrooms for the production of DNA.

These stunning buildings originated as part of a solution to major health problems in London. It is our clients hope that although adapted to a new role, they will continue to provide major achievements in the improvement of long-term health.